In recent years, Modulight has been receiving attention for its exceptionally high profits and promising growth prospects. Now, the company will invest 23 million euros on expanding its production facilities in Tampere, Hervanta. Seppo Orsila, CEO and entrepreneur of Modulight, says the keys to success have been a great idea, some luck and a lot of work.

At Kasvuryhmä, we know that there is always some luck behind a successful company. But we also know that luck tends to favour those who are hard-working and brave. Modulight has paved the way to their growth with decisions such as the following:

STRICT MARKET FOCUS AS AN OPPORTUNITY FOR GROWTH

Modulight manufactures lasers for special applications. Founded in 2000, Modulight spent the first 14 years of its existence experimenting with a wide range of application domains for lasers, including space and defence technologies. While the company had clients from several different countries, they did not manage to enter a profitable growth track. About seven years ago, Modulight decided to focus on a narrower sector in the market; cancer treatment, genetics, and special applications that require similar laser technology, and to focus its efforts only on the U.S. market and large corporations. As a result of these decisions, Modulight has become one of the most profitable companies in Finland (in 2019, the company’s turnover was 8 million euros, of which 3 million accounted for profit) with an impressive growth track.

Today, Modulight has many of the world's largest companies as their clients. Modulight continues to focus its marketing and sales activities on the United States, although Asia is currently their fastest growing export market - investments in the United States have also helped to create business elsewhere. All the hard work aimed at turning the company into a strategic partner for large companies has begun to bear fruit: ‘Last year, we launched more new long-term client projects with Fortune 500 companies than ever before’, says Seppo. Modulight exports almost 100% of its products.

Modulight's sustainable growth has also been built with a strong focus on technology. The company only engages in client projects when they lead to products being manufactured in Tampere. In addition, Modulight’s policy is that the company retains all IPRs, and devices are connected to the company's own cloud and manufactured in Finland.

Modulight makes no cold calls. Demand has been created through systematic targeted digital marketing, which has also been used to purposefully strengthen the company’s brand. "The challenge for a long time was that the company didn’t look credible enough, so we set out to build the company’s brand and practices in order to be more compatible with what large international companies are used to seeing", Seppo explains.

While investing in digital marketing, Seppo and his colleagues also decided that they wanted to be physically present for their target customers. For Seppo, this has meant numerous trips to the US, especially to Silicon Valley. He emphasises the importance of travelling: "Making customers feel like you are close to them is one of the most important things at the beginning of building a new relationship. It is not enough to be present only upon request - American clients almost always feel that it is difficult to do business with Finnish companies due to the time difference. Being visible and present to the customer is really important when building trust. In my opinion, it is worth travelling to meet a client even when no important meeting has been arranged beforehand. Networking at local events and in networks is also a prominent practice in the US. I have come across many important coincidences and made acquaintances, for example, at Coupa Coffee in Palo Alto."

"Once you've sold yourself, then you can start selling your company

and eventually your product."

Seppo also emphasises the importance of informal interactions. "Finns may not always value informal interaction enough, but I have found it to be very important in most cultures. During my time in Nokia, I had the opportunity to travel to 70 countries for business, and while efficiency and straightforward performance are valued almost everywhere, it is also useful to share personal experiences before entering that phase. Once you have sold yourself, you can start selling your company and eventually your product."

During the corona pandemic, Modulight has focused on face-to-face video meetings and organising virtual events, etc. The company is doing well as they already have more than half a million followers on social media. In the digital world, the importance of an earned audience is emphasised as one cannot stumble across new acquaintances at a virtual event.

Modulight invests in expanding their audience also in many other ways apart from product presentations - especially by filming people. "To my understanding, few have managed to find a significant audience by focusing simply on a product or technology. Instead, small and even amateur videos can garner millions of viewers if they are authentic. For example, the video about washing one's hands that we made during the corona crisis, in which we included a 20-second presentation of our company, garnered more than 2 million views in just a few weeks."

Seppo argues that Finnish engineering is valued much more than we think. "We must not underestimate our own expertise in client negotiations. If a competing company adds a positive touch to its own story and we, in turn, downplay our own solution in the typical Finnish way, we are putting ourselves at a significant disadvantage. When, on top of that, we are seen as being in ‘Western Siberia’, it is no wonder if negotiations start to stumble’, Seppo adds. ‘My own experience is that Finnish engineering expertise is of superior quality on a global scale. We should present it with pride and great self-confidence. When, in addition, we stay close to our clients, suddenly Finland no longer seems like such a faraway country for doing business." 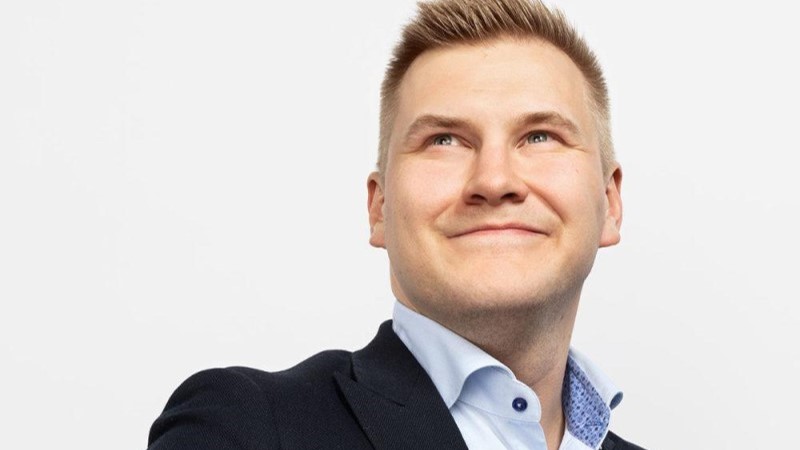 Copyright © 2022 Kasvuryhmä
Kasvuryhmä Suomi ry is a non-profit organisation aimed at accelerating the growth and innovation of medium-sized companies through peer-to-peer sparring in order to boost Finland's competitiveness and well-being.